- July 05, 2017
I don't know why when I've already chosen or decided something for my own path in life, at least there is someone or anyone or a group of people who easily judging me. They said my choice is awful or not good enough compared to other people's. They tend to assume what I do is stupid, I will not be qualified in this society if I choose this way, or etc. They tend to make a Negative Perspective about my decision or even myself. 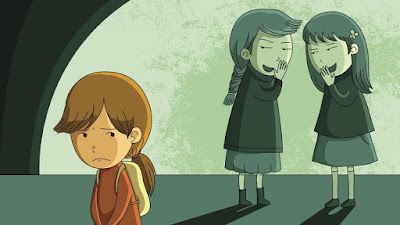 For real example:
They thought this major is weird, not really important, can't make a lot of money like what an accountant do if they work in the bank or other company. They wonder what would I do after graduate? Where I will work? Oh, they think in the future I will be a politician and I will do corruption in government like what predecessors did. I'm a sinner then.

Some people in my family and even my old friend said that this university is not good, not qualified nor accredited. I better go to the private university than go to this state university which is cheaper and ruled by the government. My aunt told me that she ever worked with the alumni of my university and she got angry because that person was really lazy in office and have a bad attitude. After that occurrence, she assumes that all students and all alumnus from my university are lazy, stupid, have no talent and so on.

Isn't it amazing? Well, here I got some facts and statements to stand up defend myself.

1. I took Political Science certainly with a lot of consideration. I was thinking so hard whether I choose this major or not. I was browsing a lot of things about this major. What I will learn in this major? What are the benefits of learning the major? What I can be in the future? I've found all the answers. I've found myself interesting to learn about social society since a long time ago. I'd like to pay attention, evaluate, and thinking about social problems which are the most problems in this world may be associated with politics. But I never show it to the people because I don't want them to know that I'm really obsessed with this things and think too much about this world and all its problem too far. Well, I don't think learning about politics formally is useless. I can be anything after graduate, there are lots of choices in the future. I can be a researcher, professional writer, observer, work in government or even in an international organization. By learning this major now I can see what is actually happened in this world and its social problems clearly. I can think much better rather than before how to solve those problems in the future. At least I hope to get the chance by God to change this world to be better for the rest of my life.

2. As people in my life said, my university is not qualified and just stupid people who will study in my university. It's amazing when I know the history of this university. This university was built by some people, officials, intellectuals who have had enough "experience" in their life started from a small institution and then evolved to be a big institution as it is now. Ruled by Ministry of Religious Affairs (Republic of Indonesia) which makes this university to be one of the trusted institutions. Faculty of Social and Politics become the nest for some high state officials, professors, and some great people to meet each other and do conference routinely. It's a little bit hard to be a student here. I have to take some test (There are 3 kinds of way to get into university), especially to be a student in my faculty because I'm just the only one from my high school who passed the test and be a student here when my friends didn't pass the test to get here. I remember a lot of people were there in my university until the streets outside the university got stuck because thousands of people want to get inside the campus environment and I almost late at that time. Soon as the announcement of the test has come out in the next few days, I checked the result and found a felicitation addressed to me. I was so happy and really grateful to God because I know I'm not smart nor diligent. There are about 500 people who took the test to get in Political Science major in SBMPTN test but there are only about 20 who get accepted. I probably one of luckiest people on earth. 😂

Still, there are some people who called the students are stupid and have no talent while it's actually hard to get here and I know the struggle. How about lazy? It depends on the person itself. No matter who they are, where they get their study, who's their family and etc. There are more than 20.000 of people in my university and every people have different personality and achievement. How can they equate one student with other thousands of students? I don't get it.

Negative Perspective makes me sick. I don't understand anymore with people who always be like that. I hope I'm not the one who easily make Negative Perspective, may God save me from that bad behavior. I believe that Negative Perspective comes because of ignorance. So, before we want to judge something, we better find out about it first. As you can see, what people assume can actually different from the fact.

Every time we hear is an opinion, not a fact. Everything we see is a perspective, not the truth. - Marcus Aurelius
Argument

Popular posts from this blog 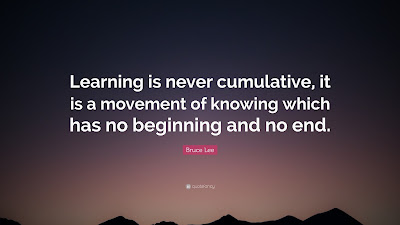 A POEM BY IMAM SHAFI'I 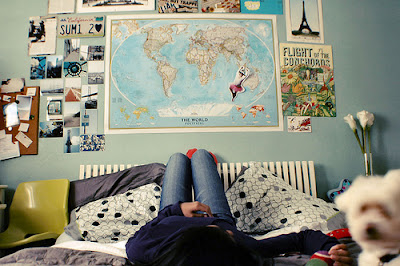 I think this poem can motivate people for their life. This poem is written by Imam Shafi'i. Our Imam, and one of our role model. Enjoy! 😇

Leave your country and wander through other countries


Go away... You're gonna find new families and friends

Exhaust yourself, the sweetness of life comes after struggling


I saw water rot from not flowing

When it flows it becomes clear, if not, it blackens


A lion won't a prey if it stays in its den


If the sun in its orbit motionless and stays still,

Human will get bored and uninterested to look

After being processed many people fight for it


Agarwood is just another wood if its left in the jungle

If it sends to the town, it becomes expensive as a gold


Well, this poem easily blows my mind every time I read it. The essence of its sentences…
Read more 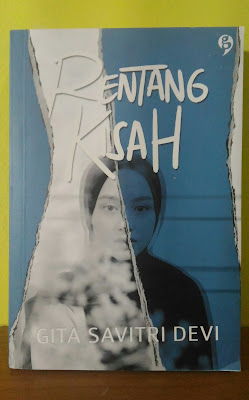 Title: Rentang Kisah (Range of Story) Author: Gita Savitri Devi Language: Indonesia Publisher: Gagas Media Published: Jakarta, 2017 Thickness: 207 Pages
Synopsis
What is your purpose of life?
If it asked to me when I was a teenager, certainly, I can never answered it. Even, I didn't know the way to study correctly. Every day at high school, I'm more interested to met my friends and playing cards with them. I didn't know what my passion was. I only did what my mom chose for me (including continue my degree in German).
Of course, it is not an easy decision to live independently in the new country. For about 7 years living in German, there are a lot of obstacles I faced; my German language which not yet fluent made my process of college become rough, and my economy factor made me difficult to split time between studying and working.
All those difficult processes have changed me; I'm more recognized myself, recognized my religion, and understand the reason why I live here…
Read more